In September 2014, I received an email that i was accepted in the Atelier Tremplin of Ferme-Asile,Sion, for one year (October 2015-September 2016). For the end of my residency in this atelier, i should show my work on the hall of the restaurant of Ferme-Asile. It happened that my favorite restaurant in Sion was the restaurant of Ferme-Asile, so i was very happy to exhibit in a place where i feel like home and where i spend lot of time and i have some very precious souvenirs from there. During the next year, every time that i was there, i was trying to figure out what i should show there, how, etc, as well as i spend my time observing the people who work there and the customers.

This restaurant is not a typical swiss restaurant: Firstly, the building was a farm and when the artists of Sion "invaded" this place, they kept the base of structure but they added things like a super colorful sealing, handmade chairs, bar, etc. Secondly, the team, who manage the restaurant, is not swiss neither the menu. Thirdly, as it is the restaurant of an artistic and cultural center, eventually the visitors are not going there only to eat but also to visit exhibitions, talk about art, participate in concerts, etc. So i thought that it will be inappropriate to use the walls as walls of a gallery. This place is not a gallery! It is much more! It is the place in which the artistic identity of the city was build.

But then, what should i do?

After my master, it was clear to me that i want to continue working on memory issues, family, etc. How could i talk about memory in a restaurant? And then it hit me! Food bring us memories, smells force us often back to the past and somehow the tastes of our childhood build our identity, personal as well as collective. Then i start reading. We don't realize how many references there are about food and memory. Everyone talks about Proust's madeleine but the truth is that most of the greek authors have write at least a small part about a taste, like on the "Report to Greco" of Nikos Kazantzakis where he speaks about the cinnamon sticks that he had always on his office where he used to write, like the taste of summer that Nikos Dimou remember in one of his texts, etc.

So, it became obvious that there was a connection between my work and the core of this restaurant.

In January 2016, i was in Athens with Anouchka Perez. There i dared to explain her my idea and the first concert idea of this project became a fast drawing on the paper-made tablecloth.

During the hole year, the idea changed, developed transformed and finally take her shape during the last days of the year where i installed it on the walls of the restaurant with the great help of Anouchka.

After 34 hours of work, i'm happy to introduce you the Taste of Memory (fr: Le goût de la mémoire, gr: Η γεύση της μνήμης) Almost a kilometer of threads (given by DMC company) invade the wall of the restaurant and travel from one wall to the other as memories do unconsciously when we eat. Photographs of the previous generations of family in the contemporary Valaisan landscape connected with an traditional embroidered sieve, with a cross stitched embroidered photograph and a shelf with the tree most important ingredient (olive oil, wine and salt) by threads which derive from a rolling pin. These thread follow the structure of the building and they meet in the next room in order to give shape on the title of exhibition. I was often asked "why threads?", well... as i'm the host of this exhibition and as threads were always a source of memories and stories for me, i could find a better way to invite people on this discussion about memory and tastes.

The exhibition wouldn't be completed without some real food prepared by me. The ideas of the two events came to push people talk more about food by taste it.

We find a lot of ways to make our life easier and faster. We do eat fast, we do meet people as fast as we lose them, we make new friends with a click and we delete them with the same way. In this society which moves fast, i couldn't ask you lot of time to share my culinary memories with you. For this reason, i proposed a speed tasting during the opening, as a open act/starting point of this exhibition.

But still, most of my memories about food are connected with tables. Family tables, friend's tables, tables in the nature, tables on yards, tables with tablecloth and fine porcelains or with plastic dinnerware set and paper-made tablecloth. Food is not only about the taste, often the less memorable is the taste. But the moments that we shared with someone special, the moments were the hole family gather around a table and often left the table foul of food and fight, the moments were we passed cooking a meal that no one appreciated, the moments were the phone ring with bad or good news in the middle of a dinner, the sound of some food on our mouth, the effort to stop eating sweets, etc, are some times of the stronger than the taste of the food. Thinking about all these, a film by Tassos Boulmetis named "A touch of spice" came to my mind.

This film is one of my favorite because it talks about difficult subjects that still hurt through daily stuff like food, spices, etc. The problem that i always had with this film is that it made me always hungry so this time i decided to project it but also to cook the food that we see there and serve it with the traditional way: a big table with white tablecloth where the people share the same tastes. 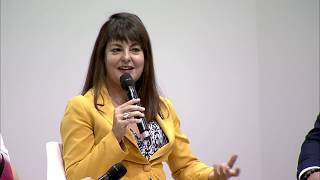 Will Athens become the new art capital of Europe?